Hello everyone, happy Halloween!! Hope you all had a wonderful time trick-or-treating or giving out candy. It’s always fun to see the children get into character in there costumes they look so adorable. Talking about children as I mentioned in the previous post I had the privilege of designing two Halloween costumes one for a little girl and the other for a toddler. This is my first time designing for a small person; it was so much fun and the patterns where super tiny. They both wanted to be Jack Skellington from the Nightmare before Christmas.
For the Toddler we decided to keep it original and close to Jack’s character. He would have a basic white button shirt, with a pinstripe suite and his bat bow tie. The back of the suite would have the tails flaring out just like Jack.

I really wanted to make sure I found the right pinstripe because I was trying to stay away from looking like your ordinary suite. This pinstripe fabric was perfect because it captured those imperfect stripes and made it look more like Jack’s suite.
Here is the completed costume; it is super adorable I am happy with the end result; I managed to capture Jack’s character. When he tried it on he looked like a sharp dressed lil man. His mother was super excited and happy with the costume.
As the lyrics says:

“Clean shirt, new shoes
and I don't know where I am goin' to.
Silk suit, black tie,
Don’t need a reason why.
They come runnin' just as fast as they can
coz every girl crazy 'bout a sharp dressed man.”
Here is the tiny costume for the toddler, love the tail and bat bow tie; these are the elements that make up Jack. For the little girl’s costume we decided we would be inspired by Jack’s character and make it super girlie. However, it will still have some important elements, such as the pin stripe jacket with the tails and the bat bow tie. The costume would consist of a dress, jacket, gloves, bat bow tie and leggings. Now the leggings where going to have skeleton bone design, the design would be hand painted. Here is a picture that the mother provided as inspiration. 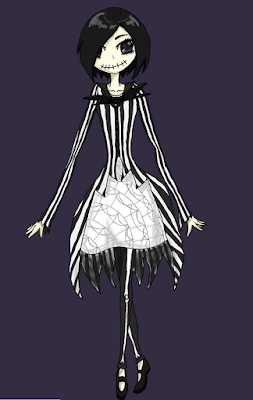 The fabrics consisted of bold stripes, spider webs, and glitter satin. I pretty much wanted to keep it as close as the graphic picture. 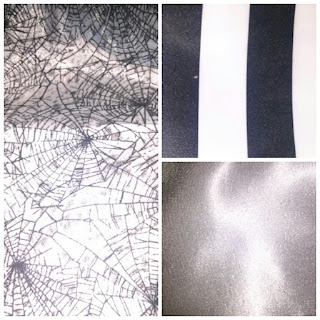 Here is the completed costume; it was super girlie and very unique. I love the fact that I was able to mix and match fabrics while making them go together it looked very interesting. The leggings became a special piece because they where hand painted and that was something to really appreciate. Who can say that they own a pair of custom design leggings with hand painted print? (Am I right?) When she tried it on she was ecstatic, she loved everything about it. Her mother was amazed at how close I kept it to the initial inspiration. 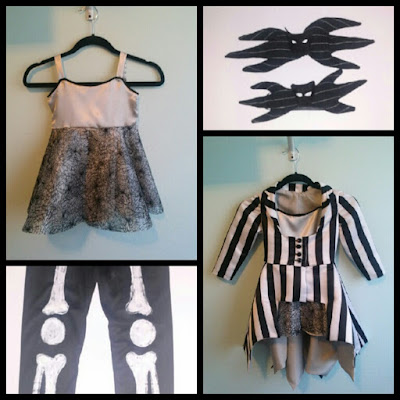 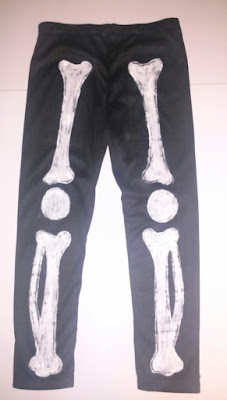 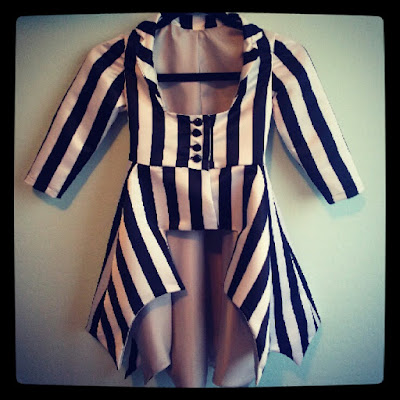 Overall I was super happy with the costumes and very thankful that the mother contacted me to make such ambitious and fun costumes. They will definitely turn heads when they go trick-or-treating. As promised here are pictures of the kids wearing their costumes they look awesome!!! 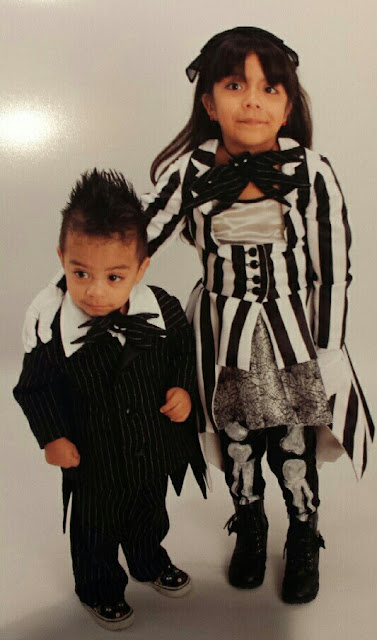 Happy Halloween everyone, and this concludes 2013 Halloween edition hope you enjoyed the costumes. Which costumes did you like out of the three? 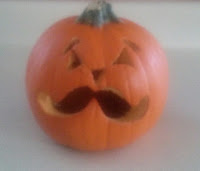 Popular posts from this blog

October 03, 2017
Hello darlings, today I have a beauty product review from Keep Me Safe Organics! The company carries organic, toxic free beauty and skincare products. I believe that taking care of your face is important since it is the first thing everyone sees so make it a lasting impression. I'll be reviewing their skincare line, which are the facial cleanser, facial toner, facial moisturizer, serum, and rejuvenating glacier mud mask. (Disclosure, all products provided by Keep Me Safe Organics   All my opinions are mine and I'm keeping it 100%.) In order to give you my honest opinion, I tested the products for three days and made a video documenting my results after using all the products. I will post the video below. Let's talk about my skin issues before using the products; I suffered from dry flaky skin, red blotchy patches on my cheeks and of course acne. I'll be reviewing each item and tell you a bit more about them. Whipped Citrus Antioxidant Cleanser: This pH
12 comments
Read more

Women's Watches: Where to Shop for Unique Timepieces

July 17, 2019
Tick tock, tick tock. Time is slowly creeping up and I'm making sure to make the most out of it. As a mommy of two, I stop and stare at my two beautiful daughters I began to reminisce on the day they were both born. Oh such tiny little babies they were and all I can think is poof they've grown in a blink of an eye. I am soaking up every moment and making memories with them because I want them to always remember all the good TIMES we've experienced. Thanks to JORD on my wrist, it is a daily reminder to cherish my precious time. JORD is based in St. Louis. They design sophisticated watches with mix of natural, and largely re-claimed materials, combined with quality movements and components. JORD are best known for their unique hand crafted wooden watches. I consider myself minimalistic when it comes to watches. When I saw THE CASSIA it caught my attention because I knew it was perfect for me! It is thoughtfully styled with a Scandinavian design in mind. The band is
56 comments
Read more

September 17, 2018
You have the right to remain gorgeous! Anything you wear won’t be used against you in the court of fashion. Guilty as charged. This September GLOSSYBOX is calling into a lineup all the common beauty problems! So when it comes to the perfect lipstick, a scent that lasts, and greasy hear, consider it CASE CLOSED. If you aren’t familiar with GLOSSYBOX it is a $21 monthly beauty box subscription. They always curate the perfect box of skincare, makeup, hair products, and products you didn’t even know they existed. This month’s theme is Usual Suspects, it’s a fun twist of how to solve common beauty problems. This month GLOSSYBOX features STYL, MOODMatcher, Wild Garden , Psssst, Lapcos, and Context. Below I’ll talk more about each product, cost, mini review, and Swatch Time! STYLONDON 9 Colour Eyeshadow Palette in Eaton Square : $15 This is such a gorgeous eye shadow palette, you know I’m a sucker for neutrals and I’m in total awe by it. They swatched beautifully as they
46 comments
Read more

Paulette
Mommy of two princesses, wife to a loving hubby. I have a passion for fashion! I have been designing and sewing for others. This blog was created to record my journey as a fashion designer. Now I will emphasis on designing for my girls and my dream wardrobe! I believe fashion is what you make it to be. Every garment has a story to be told. I will start exploring beauty products and give you an honest review. • • I design for your little darling, Lollipop Couture my clothing line is sweet and stylish. visit my Etsy shop www.LollipopCoutures.Etsy.com